menu
Need help? Donate Now
Home
About us
The community
Do you need help?
You can help
Companies
News
Donate Now
Contact us

“There were Mickey Mouse posters in the pediatric clinic, yet I was there and I was in withdrawal”

Laura, 17, lives in San Patrignano: she stopped using dope two years earlier “I felt lonely, so I started to get high. And I tried every drug”.

“During my first withdrawal they sent me to a pediatric department. I was so young that they did not know where to send me. I had cramps, I curled my body, my father was crying next to me. On the walls there was a poster of Mickey Mouse. I looked at it as if it were the symbol of all the good things I had lost”.
Laura is now 17 years old, she has blond hair and beautiful light blue eyes. She started using drugs when she was 12. She was still a child. The mild air fills the  gardens and the fields of the Community of San Patrignano that is on the hills of Rimini. Laura (not her real name) and many other youths live there. She now is in the dining hall of the minor’s center. The  house has clear walls, where sixteen teenagers fight against their addictions.

Laura, why did you start using drugs?

“Maybe because I was too nice but too lonely? Maybe because my  mother was an alcoholic? The truth is  that when I was 12 years old, I was in a school where I felt uncomfortable”.

And so what happened?

“In Bolzano we lived in a suburban neighborhood, I attended elementary school there, although, during middle school, considering my good results, I attended a more selective school.

And so you felt left aside?

“I was the best in class, but no one was looking for my friendship, so I met another group of people. In my new group, we smoked cannabis even if we were only 12 years old”.

Tell me about your family

“Now that I’m doing well, thanks to San Patrignano, they are so happy and they have much changed”.

“Economically, we never had problems, although, following the birth of my younger brother, my mom fell into depression and started to drink”.

Did you ever see her drunk?

“I would go home and find her asleep, next to a tetra pack of wine. My father tried to take care of everything, but the quarrels were continuous, and they broke up”.

Who looked after you?

“No one, I was good at school, so my father couldn’t complain whereas my mother was known to be drunk, so she wasn’t reliable. I played volleyball very well, my parents though, had never come to see me play a volleyball match”.

So, your druggy friends were your family?

“We took drugs together to get high, to say friends is too much. To be at the center of attention was easy, you just had to have drugs with you. We abused anything, junk synthetic weed, that ate us into craving for it desperately”.

Did you even smoke alone?

“Yes, and often too, my father never was at home, and my mom had a druggy fiancée that smoked too”.

“I, nonetheless, had top grades”.

Did your father say anything to you?

“No, he wouldn’t talk to me, as lately I had ended up in hospital because of got drank with a guy”.

Then you join high school?

Yes, I chose to study languages. I was passionate, I speak English, French and German. Although, no one had ever been asking me: how do you do, Laura? My mom was absent and my dad was detached from me. I had no rules. One day, I tried cocaine. I loved it, I felt important, though, what I really wanted was somebody to give me rules.

You needed to be questioned about your whereabouts?

Yes, I needed caring parents. I would have liked to have a mother telling me that drugs ruin lives and to have a father that really cared about me.

Has there ever been a time in which you didn’t take drugs?

No. I needed something so that I could feel good. And then I fell in love with a Moroccan boy.

Did he take drugs?

Yes, he was on heroin, I wanted to try it too.

Because when you get into the drug world, you always want more, everything is easy to find, it costs nothing, I was smoking heroin every day. I had become an addict.

How was your day?

Each day, by the time I had just woken up, I smoked before going to school. I would go out and go to the park to look for a dose. Then I spent the whole day on a bench. With my boyfriend and his friends. We were all high. Every time. One of them had died, the others ended up in prison. I used to steal stuff from home, I did not wash myself anymore, I stank, when I was in school I shivered, and fell asleep. And yet, strangely, no one had warned my family.

Did you think if you were happy?

I wasn’t thinking at all.

How did your family notice about your addiction?

My mom had found out. She saw that I used her credit card. I was force to go to rehab.

I was 14 and to recover from my withdrawal I was sent to a Pediatric department. Then I went to my first rehab community; I fled continuously.

When did you arrive to San Patrignano?

A year and nine months ago. There still is a long time ahead; initially, I wanted to escape. The rules are tough. Yet, as I look deep within my soul, I see that I’m fighting against addiction with all my willpower. Now I can see my passions and I now that the community is looking after me. I know that I can do it.

What would you say to your peers who are trying drugs?

Don’t do it, you have everything to lose. 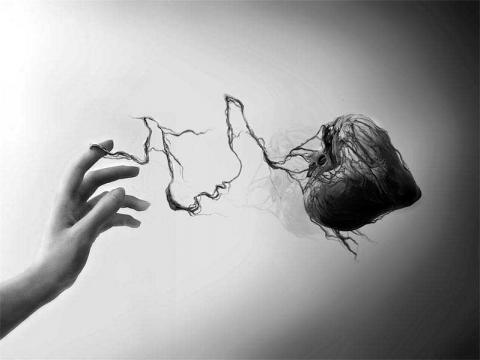